“Eleven Museums, Eleven Directors: Conversations on Art and Leadership” – A Conversation with Michael Shapiro, sponsored by the Graduate Program in the History of Art 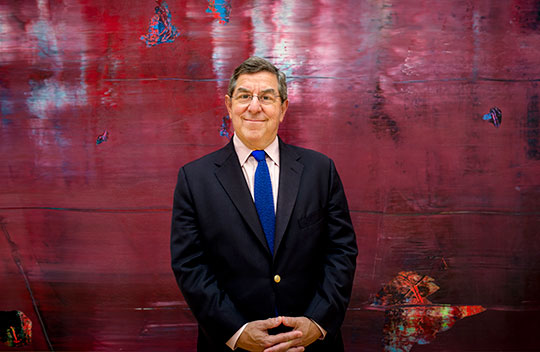 “’Eleven Museums, Eleven Directors’ provides an intimate view into the minds of some of the most prominent museum directors of the early 21st century,” said Elizabeth W. Easton, Director, Center for Curatorial Leadership. “Their instructive tales may well come to be seen as a marker of this cultural moment. As readers, we stand to be enriched by Michael Shapiro’s telling and timely work.”

Michael E. Shapiro (MA, 1976) was the Nancy and Holcombe T. Green, Jr. Director of the High Museum of Art from March 2000 through July 2015. Shapiro joined the High’s leadership team in 1995, where he oversaw unprecedented growth of the Museum’s collection, developed numerous partnerships with national and international art institutions to bring masterworks to the High, and spearheaded the Museum’s 177,000- square-foot expansion by Renzo Piano that opened in November 2005.