Lynne Tillman, Clark Professor for Fall 2019, writes novels, stories, criticism, and is Professor/Writer in residence at The University at Albany (SUNY). Her novels are Haunted Houses; Motion Sickness; Cast in Doubt; No Lease on Life, a finalist for a National Book Critics Circle Award (1998); American Genius, a Comedy; and, most recently, Men and Apparitions (2018). 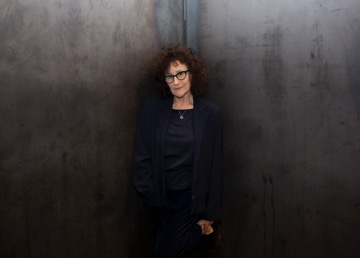 Her fiction collections are: Absence Makes the Heart; The Madame Realism Complex; This Is Not It; Someday This Will Be Funny; The Complete Madame Realism and Other Stories. Tillman’s books of nonfiction and essays are The Broad Picture; The Velvet Years: Warhol’s Factory 1965-67, with Stephen Shore’s Factory photographs; Bookstore: The Life and Times of Jeannette Watson and Books & CO; and What Would Lynne Tillman Do?, a finalist for the National Book Critics Circle Award in Criticism (2014). Her writing is published regularly in fiction anthologies, and in artists’ books and museum catalogues, including ones on Jeff Koons, Barbara Kruger, Jim Hodges, Roni Horn, Joan Jonas, David Wojnarowicz, Carroll Dunham, Cindy Sherman, and Andy Warhol. Tillman wrote a bi-monthly column, “In These Intemperate Times,” for Frieze art magazine (2014-2019). She received a Guggenheim Fellowship in 2006, and a Creative Capital/Warhol Foundation grant for arts writing in 2014. Tillman is a frequent panelist and moderator for museum and gallery events. Most recently, she curated and moderated a panel at the Whitney on Warhol’s significance (or not) for younger artists. She was in conversation with Leigh Ledare and Lyle Ashton Harris at Bard CCS Hessel Museum on the exhibition “Acting Out” (July 2019) and made a presentation about On Kawara’s Moon Landing paintings at the Glenstone Foundation (July 19, 2019).

Hilton Als, Clark Professor for Fall 2021, is an associate professor of writing at Columbia University’s School of the Arts, a staff writer and theatre critic at The New Yorker, and a curator. His first book, The Women, was published in 1996. His most recent, White Girls, was a finalist for the National Book Critics Circle Award and the winner of the Lambda Literary Award in 2014. He won the Pulitzer Prize for criticism in 2017. In 1997, the New York Association of Black Journalists awarded Als first prize in both Magazine Critique/Review and Magazine Arts and Entertainment. 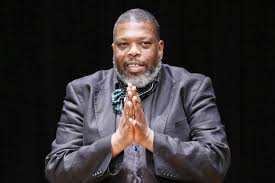 He was awarded a Guggenheim for creative writing in 2000 and the George Jean Nathan Award for Dramatic Criticism for 2002-03. He edited the catalogue for the 1994-95 Whitney Museum of American Art exhibition “Black Male: Representations of Masculinity in Contemporary American Art.” In 2009, he collaborated with Justin Bond on “Cold Water,” an exhibition of paintings, drawings, and videos by performers, at La MaMa Gallery, and in 2010, he co-curated “Self-Consciousness,” at the VeneKlasen/Werner gallery in Berlin, and published “Justin Bond/Jackie Curtis.” In 2015, he collaborated with the artist Celia Paul to create “Desdemona for Celia by Hilton,” an exhibition for the Metropolitan Opera’s Gallery Met. He was fellow in residence at the Artists Institute in Spring 2016, curating a series of public programs and three exhibitions––“One Man Show: Holly, Candy, Bobbie and the Rest,” “James Baldwin/Jim Brown and the Children,” and “The Romance of Certain Old Clothes: Sheryl Sutton, My Sister, My Mother, Senga Nengudi, and the Rest.” “Alice Neel, Uptown,” which Als curated in 2017, was selected by three of Artforum’s critics as one of the ten best shows of the year. In 2019, he curated God Made My Face: A Collective Portrait of James Baldwin at David Zwirner Gallery in New York.