Joan Kee, Clark Professor for Spring 2021, is Professor in the Department of the History of Art at the University of Michigan. Her research focuses on modern and contemporary art from multiregional and crossdisciplinary perspectives. 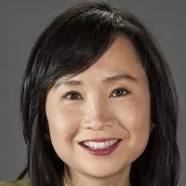 She is the author of Contemporary Korean Art: Tansaekhwa and the Urgency of Method (2013) and Models of Integrity: Art and Law in Post-Sixties America (2019), as well as co-editor of the special issue of Art History, “To Scale.” Kee is presently researching a book about the role and relevance of emojis. She is a contributing editor at Artforum, as well on the advisory boards of Art History, Oxford Art Journal and Art Margins. 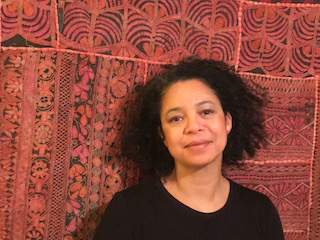 She is a specialist on eighteenth- and nineteenth-century art and visual culture in the transatlantic world. She is the author of numerous books, including L’artiste savant à la conquête du monde moderne (2010), 1740, un abrégé du monde, Savoirs et collections autour de Dezallier d’Argenville (2012), and, most recently, L’art et la race: L’Africain (tout) contre l’œil des Lumières (2019). She was co-editor, with Melissa Hyde, of Plumes et Pinceaux. Discours de femmes sur l’art en Europe 1750-1850, (2012). From 2013 to 2017 she was editor in chief of Perspective, the journal of the Institut national d’histoire de l’art (INHA).

Kobena Mercer, Clark Professor for the Academic year 2022-2023, is Professor in History of Art and African American Studies at Yale University. He teaches modern and contemporary art in the Black Atlantic, examining African American, Caribbean and Black British artists with critical methods from cultural studies. 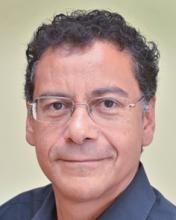 He is author of studies of James Van Der Zee, Romare Bearden and Adrian Piper, Isaac Julien and Rotimi Fani-Kayode and he edited the Annotating Art’s Histories series, whose titles are Cosmopolitan Modernisms (2005), Discrepant Abstraction (2006), Pop Art and Vernacular Cultures (2007) and Exiles, Diasporas & Strangers (2008). Recent publications include ‘The Cross-Cultural and the Contemporary,’ in 21st Century: Art of the First Decade, (2011) and ‘Art History after Globalization,’ in Colonial Modern: Aesthetics of the Past, Rebellions for the Future (2010), and Travel & See: Black Diaspora Art Practices since the 1980s (2016). He is an inaugural recipient of the 2006 Clark Prize for Excellence in Arts Writing.