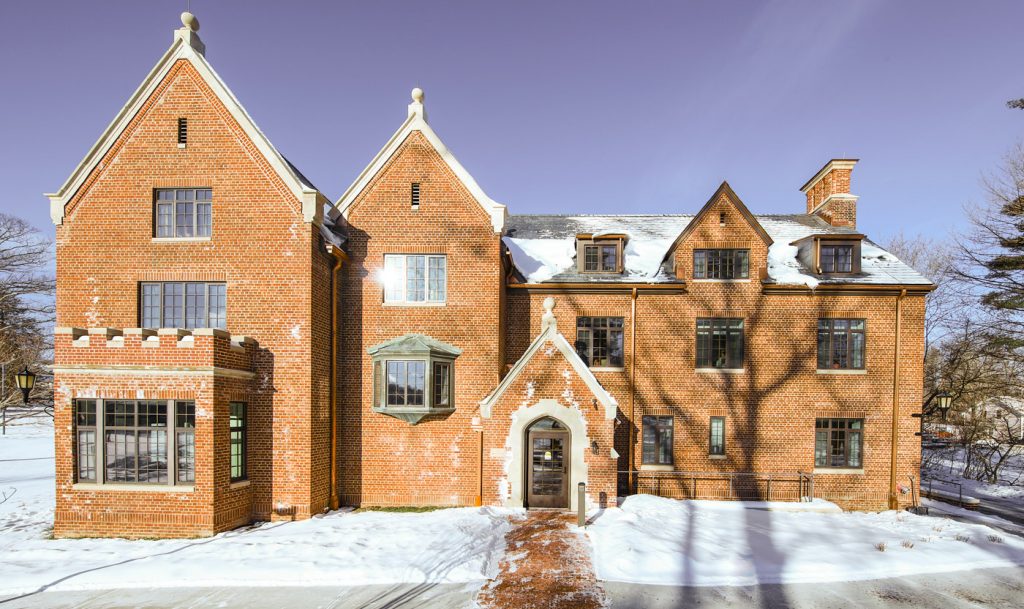 After two and a half years, the newly renamed Fort Bradshaw was completed in January 2021, and a group of new first years have moved in! The entire fort was torn down to the studs and rebuilt, while carefully maintaining the circa 1931 building’s original facade and interior detailing. The new building is both ADA accessible, and was built to be as sustainable as possible, achieving both LEED Gold and Living Building Petals Certifications and is a 2022 winner of the BE+ Green Building Showcase Award. Take a virtual walk through the new building using our 3D scan here. 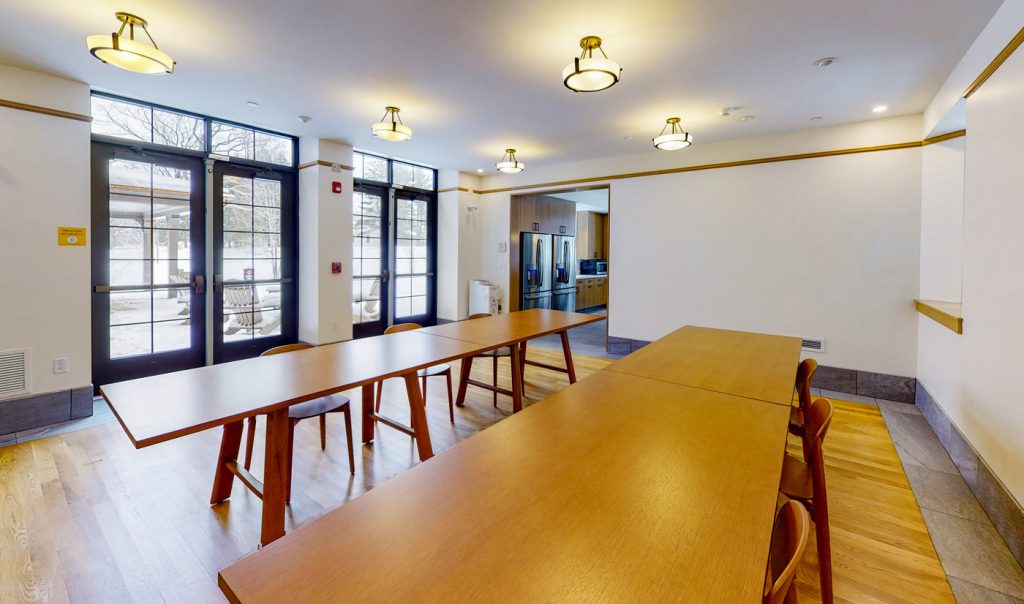 The original dining room was demolished, and the building was expanded. This additional space allowed for the construction of in-suite bathrooms, an elevator, and other ADA accessible necessities, as well as a larger kitchen and new study spaces. Removing a portion of the deck's roof and adding two pairs of glass patio doors allows light to fill this new space.

The kitchen has been relocated to the western-most end of the new addition, providing unobstructed views toward the Clark. Now adjacent to the dining room, it has updated appliances, a central island, and individual storage space for each student. In order to qualify for the Living Building Challenge, the new construction avoided plastic, PVC, and other environmentally harmful materials, while at the same time, actually increasing insulation and energy efficiency. 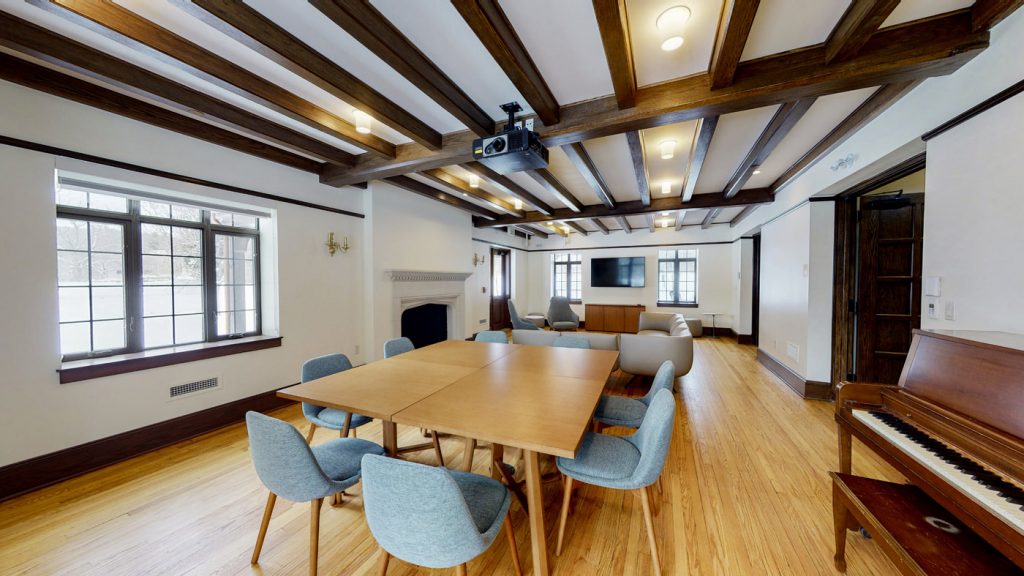 While the living room looks much the same, walls and ceiling were taken down to studs in order to install all new plumbing, mechanical, and electrical systems. The addition of insulation and triple-glazed windows makes the building envelope highly energy efficient. A projector (shown above) and screening area were added, as well as a new TV and new furniture. 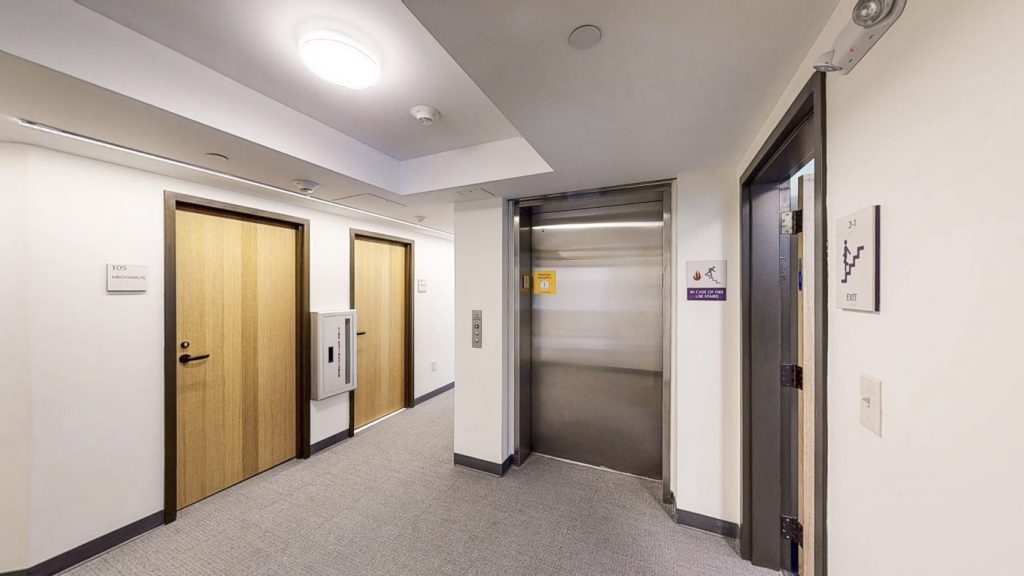 Among some of the technical improvements, the building now includes an elevator, janitorial and maintenance rooms, as well as a secondary staircase. 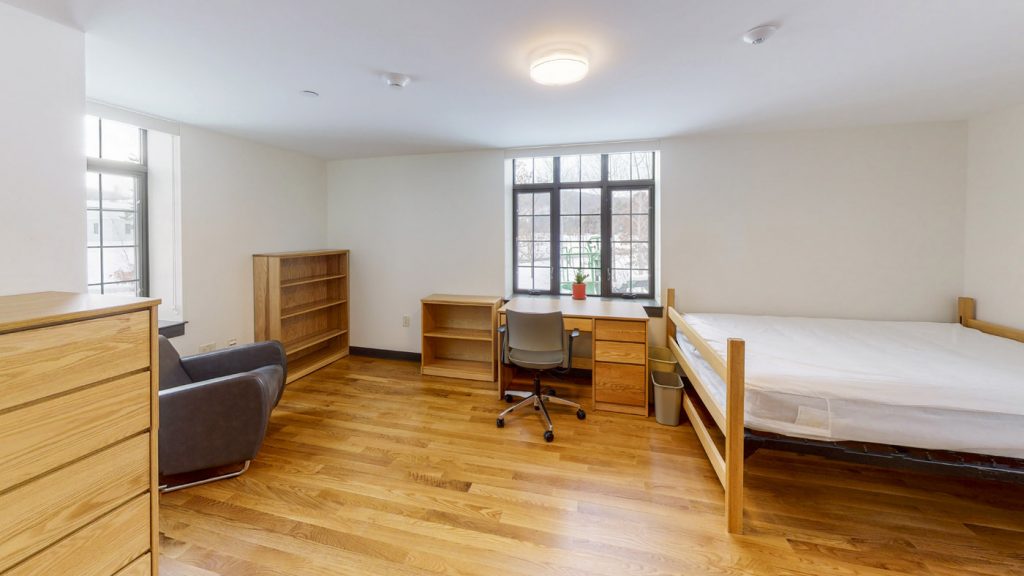 The new building has 14 total bedrooms, 13 student rooms and one ground-floor guest room. Although the bedrooms are all in new configurations, they are each unique, much like the original layout. Each bedroom includes basic furniture — two bookshelves, a desk, a queen bed, and a dresser. Although the original building was heated by a steam furnace, the new building is heated using geothermal wells. Each student room now has its own heating and cooling unit and its own thermostat. 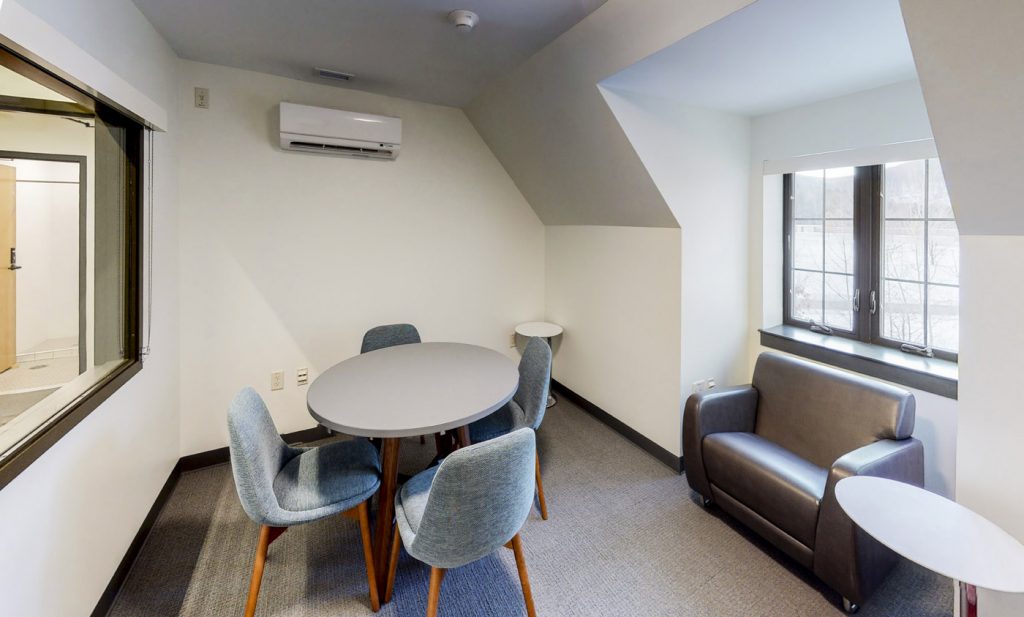 This new light-filled study space on the top floor offers another quiet room for doing work. Both study spaces are entirely new, thanks in large part to the 1700 sq ft expansion of the building.

The number of bathrooms has doubled from four to eight. Several of the bathrooms are now fully accessible, and all use water-saving fixtures and smart thermostats to control heat. Students now share a bathroom with just one other bedroom, with private storage space in each.

Students have access to laundry facilities in the basement, as well as student storage including a series of bike racks next to the elevator.

The Fort is now mostly heated by ten geothermal wells drilled 300 feet into the ground. This system, which pipes "free" heat into every room required a complete overhaul of the original natural gas and steam heat system. This view, one part of the brand new heating and cooling infrastructure, shows some of the complex piping and equipment needed to make the building more sustainable.

The Fort is within walking distance of both The Clark Art Institute (shown here in the background) and the main Williams College campus. Students often walk to class, but the new renovation also includes more parking spots for students with vehicles.

Please explore more of the Fort for yourself here.